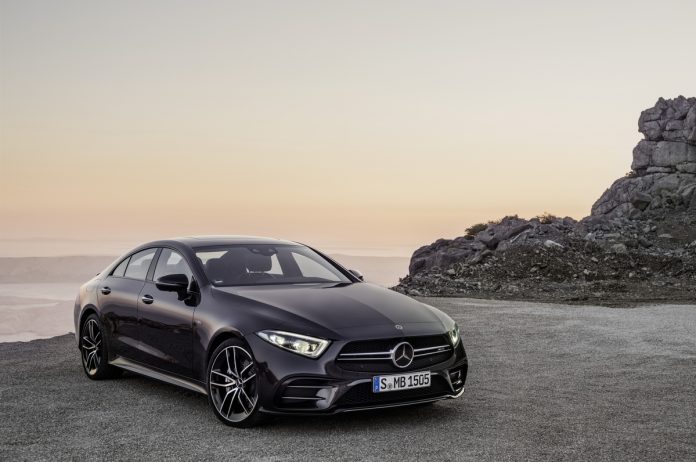 Its been nearly 16 years since the first CLS was unveiled to the world.  It spawned a generation of vehicles and the segment known as the 4 door coupe.  That’s right, the CLS altered our perception of the coupe.  Rather than converting your 4 door into a 2 door, why not make your 4 door look sleeker and sportier and pass it off as a coupe.  That in a nutshell expresses the ethos behind the CLS.  It paved the way for the likes of the Audi A7, BMW 6 Series and the Porsche Panamera.

The CLS gave those who wanted and/or needed a sedan and found the normal sedan to be mundane an option.  Mercedes took the standard E-class and placed a new skin over its skeleton.  The result was iconic.  Over its 16 year life span, the CLS has been massaged by the engineers at AMG.  The culmination of these efforts in the previous generation was the AMG CLS 63, a 577 bhp and 590 lb-ft of torque, fire breathing, rip-snorting twin turbo V8.  With the introduction of the AMG GT 4 Door, we will likely never see another AMG CLS 63.  Instead, AMG has gained some sensibility with age, and rather gives the top tier AMG CLS 53 a 3.0L Twin Turbo Inline 6.  The result is 429 horsepower and 384 lb.-ft. of torque. Furthermore, a third boosting system called an EQ Boost starter-alternator briefly provides an additional 21 horsepower, plus 184 lb.-ft. of torque and also feeds the 48-volt on-board electrical system.  All this power is routed through AMG’s SPEEDSHIFT TCT 9-speed transmission and a 4Matic+ all wheel drive system that can route up to 100% of the torque to the rear wheels.  This makes the CLS capable of hitting 100 kmph in 4.5 seconds.  Plenty of get up and go for a sleek elegant boulevard cruiser.

Compared to the previous generation the lines are smoother not as aggressive, but, equally pleasing.  However, one of my personal quirks is that the front end treatment to the AMG CLS 53 closely resembles the baby Mercedes A-Class series.  It would have been nice if the AMG CLS 53 had its own headlight cluster treatment or alteration.  The rear on the other hand, is pure CLS, it is finished with a subtle ducktail, hinting to what lies underneath the sculpted black sheet metal along with blacked out quad exhaust tips.

The interior is very much E-Class with a sweeping LCD panel and jet turbine inspired air vents.  The new steering wheel gives almost full control of the cockpit using Blackberry like touch controls to the driver in one easy location allowing for greater driving focus.  Front seat driving comfort is impeccable with full massage seats and active seat bolstering.  I had more than one passenger tell me they felt the AMG CLS 53 was giving them a warm hug of assurance as the CLS sweeped along the road.  A well-added addition is that the CLS now boasts a full 5 seats.  The seats themselves also receive some AMG appearance tweaking, making them very cool indeed. This macho 4 wheeled luxury chariot will set you back an as tested cool $112,000.00 CDN.  A significant sum, but it does place you into an exclusive luxury category.

The CLS sparked a revival for Mercedes 16 years ago.  The all-new AMG CLS carries the torch with gusto.  However, one question perplexes me.  AMG now has two 4 door coupes in the garage.  Had the AMG GT 4 Door remained the top tier coupe with the 63 that would have been great.  However, to also introduce an AMG GT 53 4 Door only begs the question, Why?  Why take away from the CLS crowd.  If the answer is that the two vehicles appeal to different markets, then AMG, please, send us one more AMG CLS 63.

Makeup must haves: 5 must have products for holiday parties

How to Scale Up Your Professional Services Firm

What foods help with weight loss – By Dr. Holly