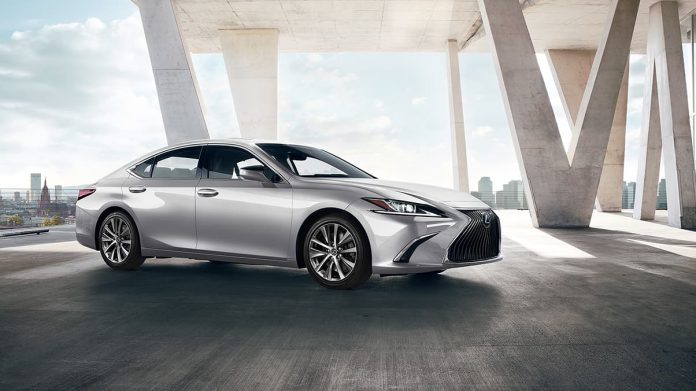 It is an exciting time for luxury on wheels. Consumers have more disposable income, which could explain the growth of premium markets like the global luxury car industry. Mordor Intelligence predicts that the market will grow by an impressive 11.3% annually, reaching a total value of $178 billion by 2023. This growth will lead to even more developments in design and technology in the world of luxury vehicles. So if you’re on the lookout for a good luxury car to invest in that offers more power, and comfort than your average four-wheeler, here’s a list of some of the best models on the market.

Mercedes-Benz C-Class
No other car model currently on the market balances safety, style, performance, and luxury quite like the Mercedes-Benz C-Class does. No wonder it’s the brand’s top-selling model worldwide. Its new version may not look any different on the surface, but a lot of its components were updated to give it an all-around package in terms of comfort, equipment, and running costs. And it’s going to get even better. The 2019 C-Class will feature even more horsepower and automated driver systems.

BMW 5 Series
Recently, MotorWeek hailed the BMW 5 Series as the best luxury sedan, because it combines luxury and technology with great driving dynamics. With it, BMW has returned to its roots, focusing on its trademark sports steering and chassis dynamics. The onboard tech controls are user-friendly and state-of-the-art, while its interiors are quiet and roomy. It may be pricier than other models in its segment, but it’s definitely worth the purchase.

Lexus ES
Calm and comfortable – two words that best describe the experience of driving the Lexus ES. Perhaps it’s not an exciting choice given that it’s a front-driven executive car and that there are sportier options out there. But the Lexus ES was built to withstand traffic, rather than fast-paced journeys on the road. Aside from its practicality, it is a stylish beast that has its local fanbase. It is also a popular choice among A-listers like Reese Witherspoon, Paris Hilton, and Mila Kunis. For those who want to get to their destination in the least stressful way possible, the Lexus ES is the luxury car for you.

Audi A8
The Audi 8 boasts spacious interiors with tons of leg room. It’s also quiet inside, so you’re guaranteed a smooth ride. The Audi 8 is also lauded for its athletic performance and fuel-efficient engines, since the luxury sedan comes equipped with a supercharged V-6 or a turbocharged V-8 that go with the four-wheel drive standard. It also has a 48V electrical system that makes it a hybrid vehicle. The 2019 version will reportedly feature level 3 autonomous driving technology.

Chevrolet Corvette C7
With six models spread out over many decades, the Chevrolet Corvette occupies a special space in car culture and the automotive Hall of Fame. The C7, which reclaims the series’ nickname “Stingray,” boasts the bold styling statement of a classic sports car, along with an interior makeover that matches its facade. It’s an absolute treat to
drive, too.

All in all, luxury cars can be a great addition to your garage, but until you have the means to drive one home, it definitely can’t hurt to dream.

Spaghetti with Garlic and Basil Recipe

Kareena to be back in action ‘within a month of delivery’

Scion Pairs Sports and Style for the 2016 FR-S Release Series 2.0