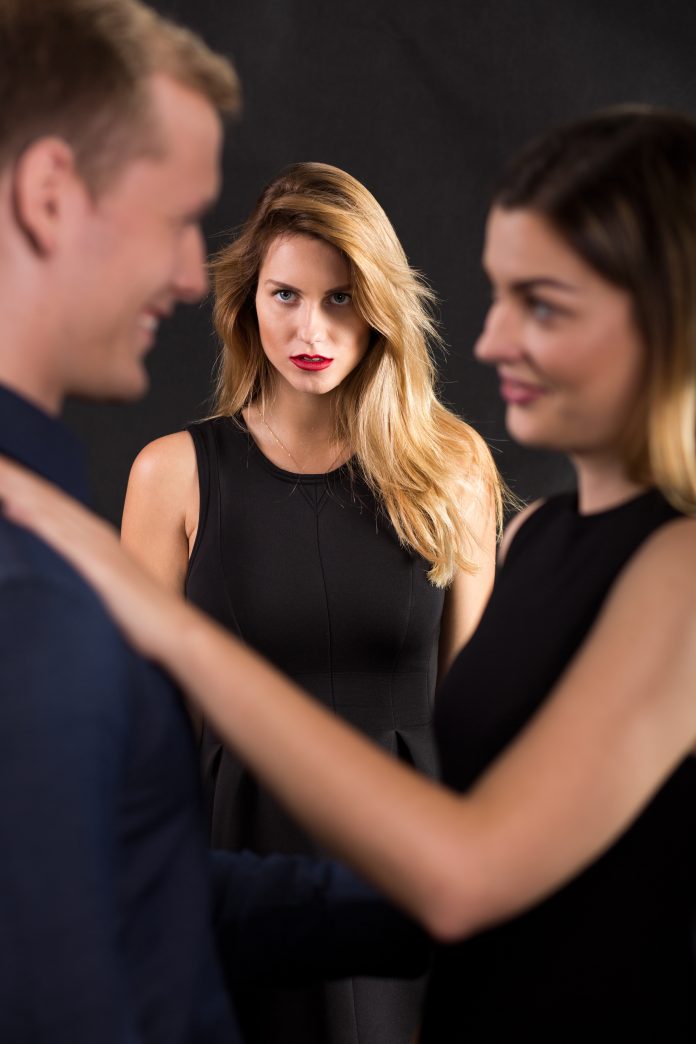 Recently, a friend of mine was propositioned by a married man. She was quite shaken and upset about the incident, so she took her experience to Facebook and received hundreds of supportive comments on her post. The majority of her sympathizers were men who explained his behaviour, and women who applauded her because they didn’t have the courage to speak up when something similar happened to them.

I’m talking about HUNDREDS of comments.

Let’s talk about this, because I get propositioned ALL. THE. TIME. And mostly by married men. I was offered a whopping $10,000 to sleep with someone because I’m his ‘dream girl’; I was approached by a family member of an iconic fashion retailer with promises to advertise in this very magazine; I was approached by a well-known Surrey land developer at the Mayor’s Charity Ball and offered the honour of an empty mansion to live in with a Tesla to drive during our first and only conversation.

How do women handle this? Do we give these bastards a piece of our mind? Do we politely decline and say nothing? Or do we get excited that we are wanted and use it as an opportunity to benefit financially or climb the social ladder?

Either way, I think it’s women who lose. A man can make a claim that he slept with ANY woman and he will be believed, and she will be made out to be a slut – this title will stick with her for years, tarnishing her reputation in ways that she cannot even predict or control. All she can do is ignore the noise, keep her chin up, and hope that those whose lives she touches will see the humanity inside of her.

Women are culprits too, I know many successful women who have cheated on their partners but in almost all instances she is slut-shamed, cast aside to fight for her sanity and have her ‘friends’ and community gossip about how she messed up. Regardless of whether she chose to stray or not, she is shamed, and that is my point.

I can share juicy details of man after man who plays the field – professional award-winning married men who are covered in glossy South Asian magazine profiles right here in Vancouver. Its stuff that can make marriages end – and yet they don’t. If these men are succeeding in playing around, then perhaps their wives know about it and choose to say nothing? Is this what marriage has come down to, to remain in an unhappy space for the sake of saving face, or the false belief that you are giving your children a stable family life by sucking in your unhappiness? This is the slow unravelling of the fabric of our society.

Despite my open and bubbly personality, my experience has taught me that I need to recognize sooner when social conversations are heading down the same familiar path of destruction. And to kindly remind the culprit of how lovely his wife is.

The Perfect Fit for your Fab Wedding Wardrobe

Bollywood music not a hit on Indian fashion runways