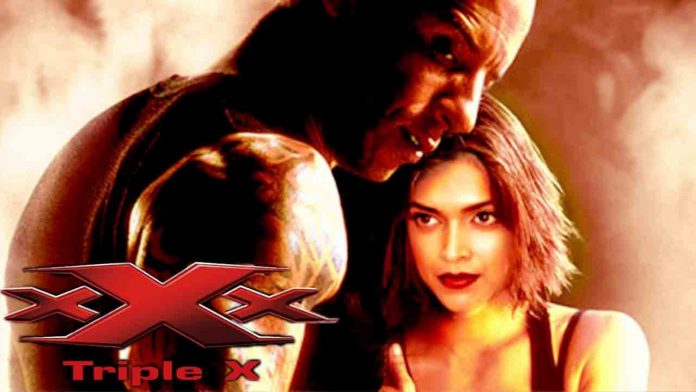 They get their money’s worth in his introductory sequence where playing the do-gooder in a Spanish town he steals electrical equipment from on top of a transformer, surf-boards his way through the roads at full speed giving high-fives to the passers-by in cars and trucks, and reaches in time to plug-in the community television for a football game for the kids.

Diesel’s opening antics tells us what we knew all along. Diesel playing Xander Cage is in this for fun. Director DJ ups the ‘masti’ quotient to a point where the terror attacks that Cage and his motley team counters appear to be little more than video-games pumped up to be accommodated on the large screen with mammoth garnish that includes a relentlessly orgasmic background score which reminds us to not take the film’s derring-do seriously. Not really.

There is an impressively staged shootout during a global summit against terrorism when a super-skilled marauder crashes through the glass to disrupt the goings-on. DJ knows how turn up the volume. But he doesn’t know how to control the pitch so that the shindigs often get shrill in tone.

That brings me to Deepika Padukone. Is she or is she not well represented in her first global appearance? The answer to that is not easy. While she makes an impressive entry into the plot, slipping stealthily through an automatic door before it closes on her (some symbolism in that?) the rest of her role does not allow her the same feline grace. Two others of her female co-stars — Ruby Rose playing a hard-nosed sharp shooter and Nina Dobrev as fast-talking computer nerd — bring far more zing to the table.

Throughout the film the actors are thrown to their own devices while the writers and the director think of bigger better ways to fill up the screen with a voluptuous mayhem . While some of the actors come off pretty well considering the anorexia nervosa that grips the plot, Deepika Padukone sadly doesn’t make it. And Toni Collette playing what looks a send-off on Judi Dench’s “M” is risibly androgynous in her attitude dress and speech. She typifies the film’s neither-here-nor-there attitude.

The action is first-rate, though. The fight-stunt on the flyover and the highway is so commanding that we almost wish the rest of the film would remain the same. Alas, it is downhill all the way, so much so that when the hijinks suddenly end we find ourselves asking, “Is this it?”

In the climactic finale a pivotal character watches a prayer-meet for his own death. I somehow felt the other characters doing the same all through. This franchise is actually dead. It is neither funny nor portentous. It’s just a whole lot of skilfully executed spectacle looking for a reason to be loved by an audience that doesn’t want to go away disappointed.

Even cinematographer Russell Carpenter who did such a brilliant job recently in “Parched”, cannot seem to make sense of the skimpy resources at his disposal. It’s like trying to fit Deepika Padukone’s never-ending legs into AbRam Khan’s new treehouse.

Nonetheless if you are willing to go with the furious flow of mindless mojo, you won’t find it hard to enjoy the film.

Luxury on Wheels: The Best Cars to Drive